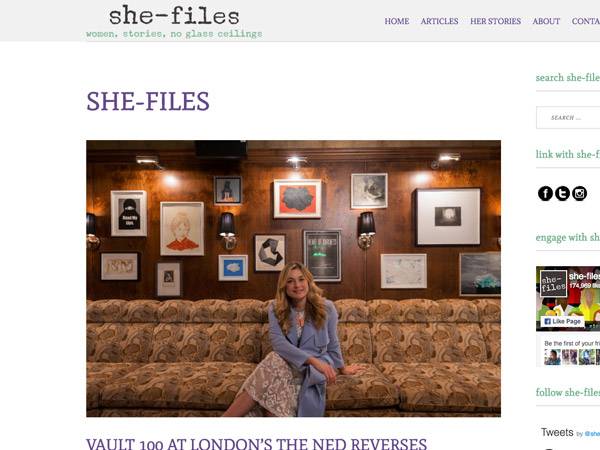 “The number of women CEOs on Britain’s FTSE 100 stock exchange was a total of eight when Kate Bryan, the British art historian and global head of collections at Soho House, first conceived of Vault 100 in April 2016. Recently opened, the ambitious permanent collection is housed within the former vaults of the old Midland Bank—in the belly of the City of London— at The Ned, London’s highly anticipated new hotel and member’s club. “It’s like the Ritz and Soho House had a baby,” said Ms. Bryan, describing The Ned which is a collaboration between Soho House, the global private members club, and developers Sydell Group.”