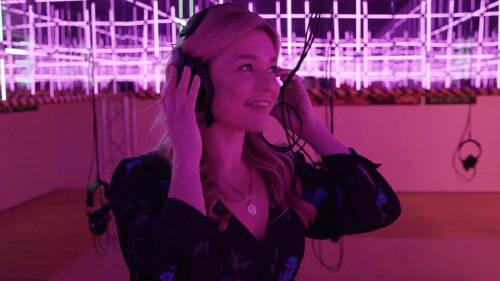 Inside Art takes a behind the scenes look at the V&A Dundee’s Night Fever: Designing Club Culture – the first major exhibition exploring the relationship between club culture and design from the 1960s to today. Delving into iconic clubs in New York, Paris, Florence, Manchester, London, Beirut, Berlin – and towns and cities across Scotland – the exhibition uncovers the progressive and subversive history of nightclub design, and its far-reaching influence on popular culture. Kate Bryan is joined by Anamatronic of the sister sisters, someone whose style and career footprint was formed in New York’s night clubs.