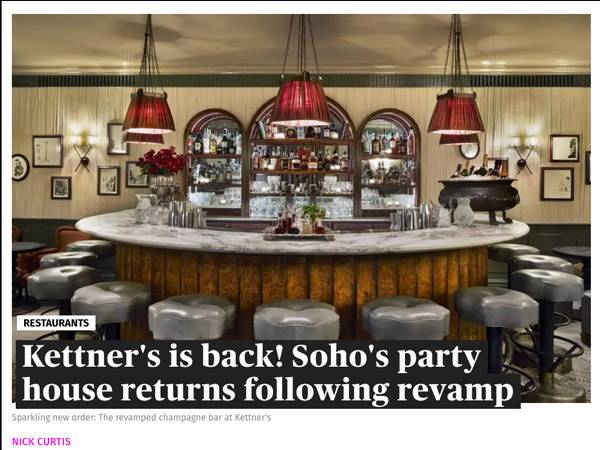 It’s where Oscar Wilde went for illicit assignations, where Edward VII allegedly courted Lillie Langtry and where a curious Robert De Niroinvited girlband Bananarama for a drink after they wrote a song about him.

Now Kettner’s, the Soho restaurant founded in 1867 by a man thought to be Napoleon III’s cook, is to be reborn as a hotel and restaurant as part of the Soho House group, reopening on Tuesday.